Brown Act
The Brown Act (Government Code §§ 54950-54962) governs meeting access for local public bodies.
(The following guide is intended to be a quick reference and provide general information. It addresses some common public meetings problems, but does not substitute for research or consultation with a lawyer on detailed questions.)
Open Meeting Laws In California: The Brown Act
THE BASICS
Meetings of public bodies must be "open and public," actions may not be secret, and action taken in violation of open meetings laws may be voided. (§§ 54953(a), 54953(c), 54960.1(d))
WHO'S COVERED
WHO'S NOT COVERED
WHAT'S COVERED
A "meeting" is any gathering of a majority of the members of a covered board to hear, discuss, or deliberate on matters within the agency's or board's jurisdiction. (§ 54952.2(a))
Note: No vote or action is required for the gathering to be a meeting, nor must the members meet face to face. (§ 54952.2)
WHAT MUST HAPPEN
Under the Brown Act an agency must:
CLOSED MEETINGS
Closed meetings are the exception and permitted only if they meet defined purposes and follow special requirements (§§ 54954, 54954.2, 54954.5, 54957.7).
EVEN AT CLOSED MEETINGS...
Special public notice and agenda requirements apply (§§ 54954, 54954.2, 54954.5, 54957.7).
All actions taken and all votes in closed session must be publicly reported orally or in writing within 24 hours (§ 54957.1(b)), and copies of any contracts or settlements approved must be made available promptly (§ 54957.1(b),(c)).
CLOSED MEETINGS MAY BE HELD FOR:

Personnel -- Only to discuss the appointment, employment, performance evaluation, discipline, complaints about or dismissal of a specific employee or potential employee (§ 54957). The employee may request a public meeting on any charges or complaints.
But closed sessions are NOT ALLOWED for discussing:
Pending Litigation -- Only if open discussion "would prejudice the position of the agency in the litigation." The litigation must be named on the posted agenda or announced in open session unless doing so would jeopardize the board's ability to service process on an unserved party or conclude existing settlement negotioations to its advantage. (§ 54956.9).
To qualify, the agency must:
Labor Negotiations -- Only to instruct the agency's identified negotiator on compensation issues (§ 54957.6). (Note: school districts are covered by the Rodda Act, Govt. Code §§ 3540-3549.3)
Property Negotiations -- Only to discuss, with an agency's identified bargaining agent, price or payment terms. The parcel, negotiators and the prospective seller or purchaser must be on the agenda. (§ 54956.8) Final price and payment terms must be disclosed when the actual lease or contract is discussed for approval. (§ 54957.1(a))
Others -- License applications for people with criminal records (§ 54956.7); threats to public services or facilities; (§ 54957) insurance pooling (§ 54956.95)). 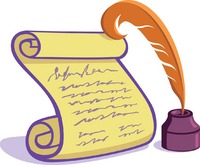